Goulston & Storrs congratulates Real Estate attorney Yuanshu Deng, who was recently selected in the Eastern Region by Lawyers of Color (LOC) for its Second Annual “Hot List.” The list recognizes early- to mid-career attorneys excelling in the legal profession. The honorees will be feted at a reception on July 17, 2014 in New York City.

Lawyers of Color was initially founded as On Being A Black Lawyer but now also produces publications for lawyers of South Asian American, Pacific Asian American, Hispanic, and Native American heritage. LOC has been recognized by the American Bar Association, National Black Law Students Association, and National Association of Black Journalists. The company provides research, career development, and brand marketing opportunities to its clients. With a core readership of 35,000, nearly 200,000 unique blog visitors, and nearly 4,000 followers and fans, LOC has the largest social media presence of any minority legal organization.

The "Hot List" honorees, who all work as in-house counsel, government attorneys, or law firm associates and partners, were chosen through a two-pronged process. A selection committee, comprised of the editorial staff, fellows and advisers, spent months reviewing nominations and researching legal publications in order to identify promising candidates. LOC accepted nominations from mentors, peers, and colleagues. LOC also made editorial picks based on its research of attorneys who had noteworthy accomplishments, giving special attention to candidates who were active in diversity pipeline initiatives.

Before attending law school, Yuanshu interned at Innovations in Civic Participation in Washington, D.C., a non-profit organization supporting the development of innovative youth civic engagement policies and programs in the US and around the world. 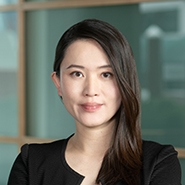