Hazy Directions on the Path Back to the Office

Data that tracks the movements of cell phone users tells a stark story of two workplace cultures in the COVID era.

Employee and visitor foot traffic at life science buildings in Boston and Cambridge remained above 50 percent of their pre-pandemic levels for most of 2021, according to brokerage Avison Young.

“The return-to-office journey has been a long one with a lot of roadblocks. The onset of the omicron variant is continuing to reinforce how unpredictable the current environment is,” said Craig Leibowitz, executive director of innovation and insight advisory for Avison Young.

Employers continue to weigh many of the same questions they’ve been wrestling with for nearly two years: timing of wide-scale reopening of offices, and whether to require vaccines or COVID testing to ensure workplaces are safe. So far, the data suggests many of the decisions remain on hold.

The life science boost helped Boston-Cambridge achieve the third-smallest decline in office traffic, trailing only Vancouver and Austin, Texas. Still, that translates into a 62 percent decrease for Boston-Cambridge compared with March 2020, according to the latest data from the week of Jan. 10.

“The return to office rates are quite a bit lower than we would have anticipated, even two or three months before the emergence of the omicron variant,” Leibowitz said.

After shifting to remote working in early 2020, many large office tenants in Boston have repeatedly delayed a shift back to pre-pandemic work arrangements.

Fidelity Investments, which is in the midst of a renovation and expansion of its massive Commonwealth Pier office complex in the Seaport District, also has not set a return date, spokesman Michael Aalto said.

“We will continue to let science and data drive our decision-making, and our return to offices is focused more on the ‘how’” as opposed to the “when,’” Aalto said in an email.

The “vast majority” of Putnam Investments employees will continue to work remotely until at least early March, according to spokesman Jon Goldstein, after which the company’s 750 Boston-based employees will shift to a longer-term hybrid model.

A majority of John Hancock Financial employees across North America are working remotely, and the company hasn’t set any timelines for a return-to-office plan, spokeswoman Ana Senior said.

Wayfair, which is Boston’s largest office space occupier, did not respond to a request for comment.

Vax Question Lingers for Many

The next step for many employers is whether to implement or continue requiring proof of vaccination despite the U.S. Supreme Court’s Jan. 13 ruling blocking the Biden administration’s vaccine or COVID testing mandate for companies with 100 or more employees. The ruling prompted Starbucks to rescind a vaccine or testing mandate it had just implemented on Jan. 3.

One prominent company that’s taken a strong pro-vaccine stance is the Cambridge Innovation Center. The co-working center implemented a vaccine mandate at its Boston, Cambridge and Philadelphia locations last fall, and announced in December that the effect on membership has been negligible while revenues grew by nearly 10 percent over a 10-week period. Founder Tim Rowe also is leading the CIC Health subsidiary, which has been a contractor for state-sponsored COVID testing and vaccination sites.

“CIC’s experience suggests that such policies are not only good for safety, but are also good for business,” the company said in a statement.

Putnam Investments employees who work in the office continue to be subject to a vaccine requirement, spokesman Jon Goldstein said. John Hancock Financial asked employees to receive vaccine boosters in the fall and is following government guidance in jurisdictions where it operates, Senior said.

Although Fidelity does not require vaccinations, it requires employees to report whether they have received a vaccine through an online database, Aalto said.

"Many Boston-area companies are weighing whether to retain or implement vaccine and testing requirements they had in the works," said Joshua Davis, an employment lawyer at Goulston & Storrs.

“The most common question from clients is the same one I’ve been getting for a very long time: ‘How do I bring people back to work safely, and what are my chances of liability if I have a COVID outbreak in my workplace?’” Davis said.

"Even without a federal mandate, companies that don’t require vaccines or testing leave themselves open to liability," Davis said.

“Just because there’s no [federal mandate] doesn’t mean an employer doesn’t have a responsibility to create a safe workplace. Federal law generally requires them to do that,” he said. 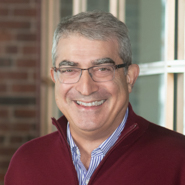