Insurance is coming to real estate in new and important ways. Investors in real estate have long had a variety of structuring options when acquiring real estate assets, including buying real estate directly, buying interests in entities that hold real estate, and investing in REITs or private equity funds. While the underlying asset in each case is real estate, the choice of structure introduces varying degrees of complexity in purchase agreement negotiations and risk allocation. As the size of real estate funds continues to grow, more investors are seeking much larger transactions, often through “platform” acquisitions and other equity-level transactions.

To address new issues around post-closing risk, tools that have long been prevalent in corporate mergers and acquisitions (“M&A”) are being used in the real estate context. One such tool that is of particular value in these transactions is representations and warranties insurance (“RWI”). RWI is used in M&A transactions to allocate to a third-party insurer a buyer’s risk of loss in connection with a breach of the seller’s representations and warranties and to mitigate a buyer’s collection risk with respect to a seller that may have no assets by the time that the breach of a seller representation and warranty has come to light. RWI can provide similar benefits to buyers in complex commercial real estate transactions and facilitate the closing of deals.

Seller representations and warranties (“R&Ws”) are used in purchase agreements to provide assurance to buyers that they are getting exactly the assets that they are paying for and that the acquisition of those assets will not result in the imposition of unforeseen liabilities. Such R&Ws typically fall into four categories: (i) R&Ws regarding a seller’s right to transfer the assets in question (such as good standing, due authorization, enforceability and ownership); (ii) R&Ws related to the condition and status of the assets (such as environmental, “no violations or liens”, contracts, and litigation); (iii) R&Ws regarding the revenue associated with the assets (such as financial statements, rent roll, and leasing); and (iv) R&Ws related to the potential liabilities that may arise in connection with the acquisition of the interests or assets (such as “no undisclosed liabilities”, tax, and compliance with laws representations). In a commercial real estate transaction, these R&Ws may survive for only a short period of time, typically 6-12 months and include caps based on a percentage of the purchase price. In a M&A transaction, however, these R&Ws may last significantly longer (12-24 months for “general” R&Ws and 6 years or longer for certain “fundamental” representations) and have much higher caps. Traditional real estate industry methods of risk allocation and risk management, including post-closing guaranties, holdbacks or even escrows often are insufficient or uneconomic in most of these “corporate-real estate” transactions.

Like traditional real estate post-closing indemnities, RWI protects parties against financial losses arising from inaccuracies in the R&Ws made by the seller in a purchase agreement. RWI policies provide coverage for breaches of a broad range of R&Ws, such as:

Also like traditional indemnities, RWI insures breaches of R&Ws as long as the breach was not “actually known” by the key members of the buyer’s deal team at the closing and does not otherwise fall into any of the policy’s exclusions. Standard RWI exclusions include R&Ws regarding pension underfunding, asbestos and PCBs, R&Ws that constitute projections or are otherwise forward-looking, and so-called “10b-5” representations.

In terms of size, RWI has been used to insure transactions with total enterprise values ranging from $5 million to well over $1 billion. Current RWI markets have the capacity to insure limits of liability from $1 million to over $300 million.

RWI coverage is subject to a deductible equal to approximately 1% of the total enterprise value of the transaction, which typically drops by 50% after the first year of coverage. The deductible is often split 50/50 between the buyer and the seller (with the seller’s portion normally funded into escrow at closing), although, in some cases, the buyer may agree to bear the entire deductible. RWI typically costs between 3% and 4.5% of the total amount of coverage purchased, although the cost can be slightly above or below this range depending on the size and nature of the transaction, current market conditions, etc. Who pays for the coverage is negotiable, but the costs are most often either split 50/50 between the parties or borne entirely by the buyer. These material terms should be addressed at the outset of any transaction.

In commercial real estate transactions, RWI can be an effective tool to mitigate a buyer’s risk of loss in connection with a breach of the seller’s R&Ws. This is especially true in transactions that involve the purchase of equity interests in entities that hold real estate. In addition to R&Ws regarding the underlying real property itself, such transactions typically contain the full suite of R&Ws common to non-real estate M&A transactions. The R&Ws in such transactions are generally very compatible with the coverage offered by RWI.

Not all transactions are well-suited for RWI. Direct sales of real estate, for example, may involve a simple purchase agreement, with limited, if any, representations and warranties. Risks that are allocated to the buyer in such transactions are usually managed through a combination of due diligence and title insurance. The benefits of RWI in such transactions tend to be limited and do not ordinarily warrant the cost. But in a deal where the buyer is acquiring equity rather than real estate and is seeking meaningful recourse for “M&A-style” R&Ws over a longer period of time, RWI can be extremely helpful.

RWI markets have become very efficient over the years. Insurers in the RWI space have deep experience with M&A transactions and are able to provide coverage quickly and efficiently in “M&A-style” commercial real estate transactions. The entire underwriting process, including due diligence by the insurer and the negotiation of the RWI policy, can normally be completed in 1-3 weeks.

While the market has evolved to the point where RWI policies now have many terms that have become industry standards, the policies are bespoke and negotiable. In order to obtain the strongest insurance coverage available, the purchase and sale agreement must be customized to align with the coverage provided by the RWI policy. For example, RWI insurers will typically provide broader coverage of R&Ws when the purchase agreement contains a so-called “materiality scrape” and is silent on the availability of consequential damages. Experienced legal counsel and insurance brokers are necessary to insure that the purchase agreement and RWI policy are drafted and negotiated so as to maximize available coverage and minimize the potential for out-of-pocket loss to the buyer.

Real estate investors, funds, and institutions who invest in platform deals and acquire equity in entities owning large portfolios of properties rather than purchasing individual assets may be taking on exposures that are broader than in a traditional acquisition of real estate. To help mitigate the risks associated with these sophisticated commercial real estate transactions, purchasers and investors in such transactions should consider the use of RWI. RWI provides buyers with meaningful protection from R&W breaches at a price point that is reasonable in the context of a significant M&A transaction. Experienced M&A, real estate, and risk management attorneys can provide critical assistance to buyers and sellers who seek to effectively navigate the complexities of sophisticated real estate transactions and mitigate their exposure for post-closing liabilities through the use of RWI. 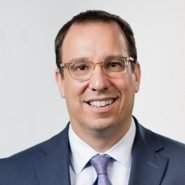