Published by Bloomberg Law
by Daniel R. Avery on June 30, 2022
Share This:

Purchase price adjustment provisions are designed to reflect changes in the target's financial condition that occur prior to the closing of the transaction. For example, if on January 1, a transaction is valued, or priced, at $10,000,000 when the target has inventory worth $100,000, and if, when the transaction closes, all other financial metrics being equal, the seller delivers the target with $500,000 of inventory, the seller will expect to be paid, often dollar for dollar, for the additional $400,000 of added, measurable value.

Alternatively, if at closing the target's inventory is valued at $50,000, the buyer would expect a $50,000 reduction in the purchase price due to the depleted inventory value. Because purchase price adjustment provisions are intended to put the parties on an equal footing, as of the closing date, these provisions are not normally viewed as benefitting or favoring the buyer or seller. Instead, they are considered neutral as between the parties.

Once the parties to the transaction have agreed upon a purchase price, often subject to the buyer's satisfactory completion of its due diligence or other conditions, the lawyers are often asked to memorialize three aspects regarding the purchase price:

But, this is often easier said than done, as it is not often clear when the buyer priced the transaction or when exactly the parties agreed on the price. Was it when the letter of intent was signed, when the buyer completed its initial financial due diligence, or some other time?

If the parties agree to use a purchase price adjustment, then the procedures for the adjustment often follow the following parameters:

Submission of Closing Working Capital Calculation. Following the closing, either the buyer or the seller has a set period of time to submit a calculation of closing working capital to the other party, along with the submitting party's calculation of the resulting adjustment to the purchase price.

Procedures for Handling a Dispute. If there is a dispute, often the purchase agreement requires the parties to first attempt to resolve their disagreements among themselves within a specified time period. Any disputes that cannot be resolved within the specified time period are typically sent to a third party in a non-judicial setting, e.g., a nationally recognized accounting firm or other professional expert with knowledge of the relevant industry. The parties may agree upon and identify the third-party arbitrator in the purchase agreement, or the purchase agreement may set forth the procedures for selecting an arbitrator, or arbitrators, as there may be more than one.

Purchase Price Adjustments. Purchase price adjustments continue to be commonplace, if not ubiquitous now, in M&A agreements. In the 2021 ABA study, they were included in 93% of reported deals, down just slightly from 95% in 2019. 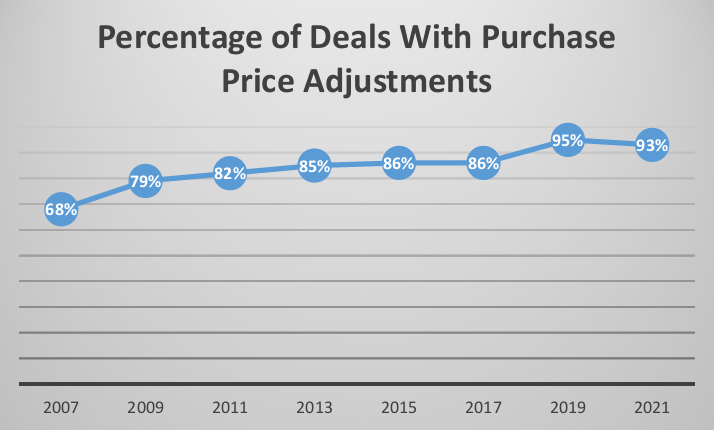 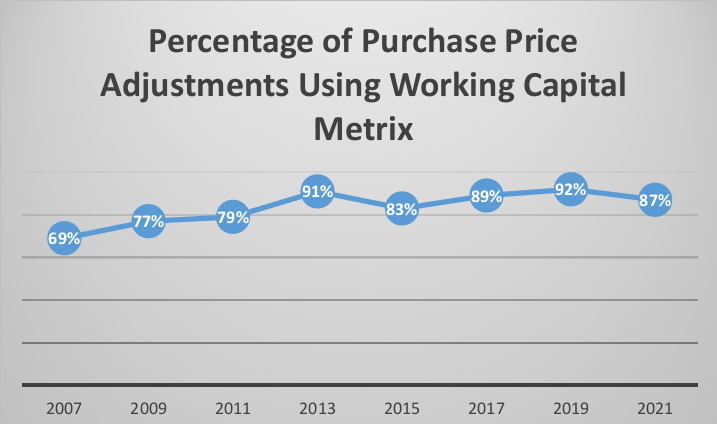 Preparation of Initial Adjustment Calculation. According to the ABA studies, the buyer now almost always prepares the initial post-closing purchase price adjustment calculation (if one is to be made). This was the approach for 94% of the applicable, reported deals in the 2021 study. 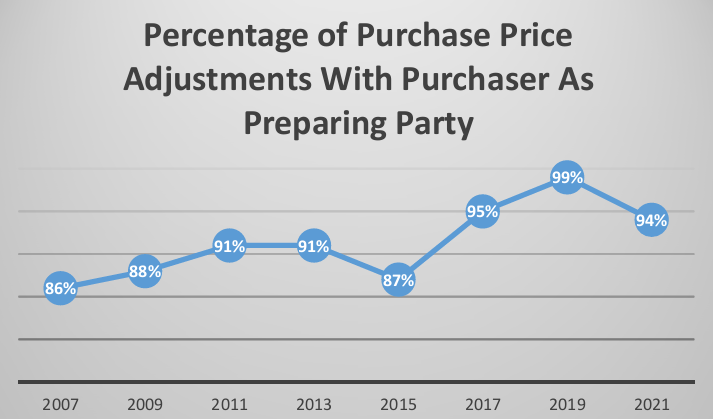 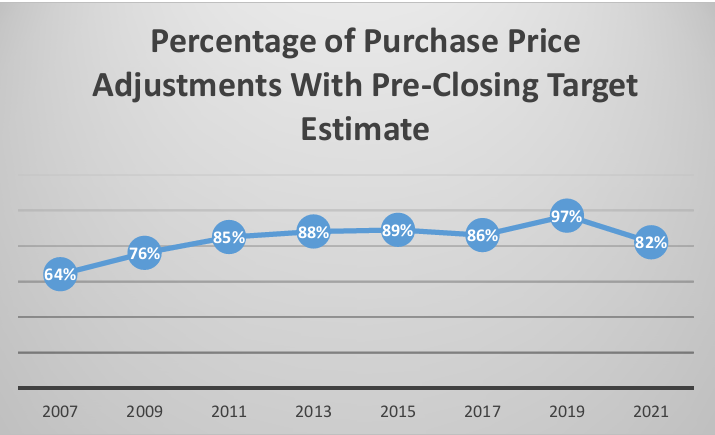 No Buyer Right to Approve Estimated Adjustment. Increasingly, there is no express buyer right to approve the closing estimated adjustment. In the 2021 ABA study, 94% of the deals with closing estimates had no such express right, compared with 89%, 84%, 84%, 74%, 68%, 59%, and 66% in the previous seven studies. 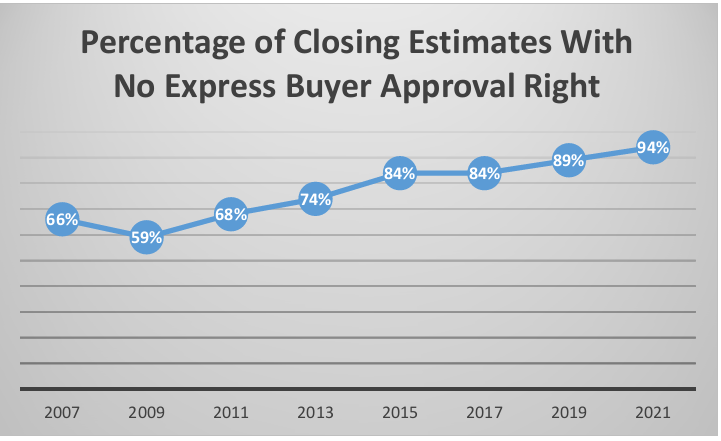 Many provisions in an M&A purchase agreement reflect an allocation of risk between the seller and buyer, including provisions relating to financial matters, compliance with laws, labor and employment, employee benefits, contracts, operations in the ordinary course of business, title, and sufficiency of operating assets.

The buyer and seller may have different views on their respective risk tolerance (for example, the seller of a service company with no owned real estate and no manufacturing may have a relatively relaxed view about allocation of environmental risk), and, as a result, some of these matters may be negotiated in favor of one party or the other.

However, purchase price adjustments are considered to be neutral between the parties. These provisions are linked, often dollar-for-dollar, to the purchase price, in amounts which should be readily calculable, and determinable shortly after closing. The adjustment provisions, while usually quite straightforward, are nonetheless important to ensure that the parties receive the economic results they bargained for.