Published by Bloomberg Law
by Daniel R. Avery on July 19, 2022
Share This:

As reflected in the American Bar Association's Private Target Mergers and Acquisitions Deal Points Studies, over the past twelve or so years, inclusion of jury trial waivers in mergers and acquisitions (M&A) agreements has increased from 50% of reported transactions in the 2007 study to 93% in each of the 2019 and 2021 studies.

Arguments for Including a Jury Trial Waiver Provision

In a negotiation, the arguments for requesting a jury trial waiver provision may include the following:

Arguments Against Including a Jury Trial Waiver Provision

In a negotiation, the arguments for resisting a jury trial waiver provision may include: 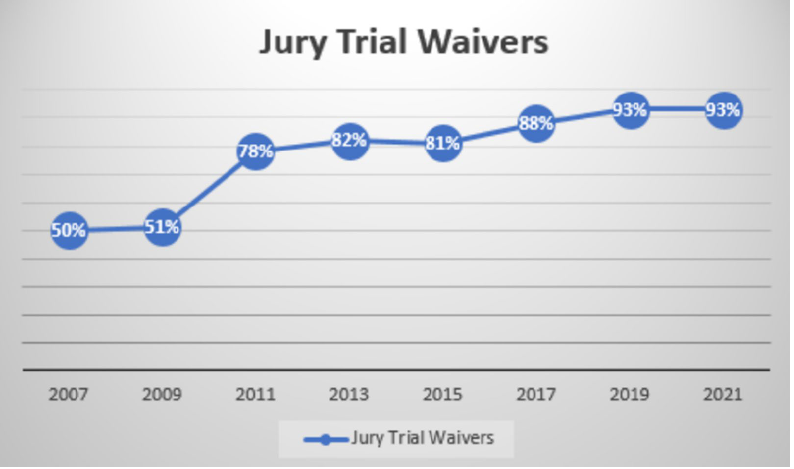 Today, jury trial waivers are very common in M&A purchase agreements. Determining whether to include a jury trial waiver is an important consideration in M&A negotiations; the choice may materially impact the outcome of post-closing claims between the parties. Counsel on both sides of an M&A transaction should consider these issues carefully when negotiating an M&A agreement.