Goulston & Storrs, an Am Law 200 firm, is pleased to announce that Director Timothy Sullivan has been selected as a 2019 “40 Under 40” honoree by the Boston Business Journal. The award recognizes 40 business and civic leaders, all under the age of 40, who are the “best and brightest” and who are “making an impact on Massachusetts’ industries.” Sullivan is the only lawyer on this year’s list and was selected from nearly 420 nominations. He will be recognized at a reception in Boston on October 16.

As a top real estate lawyer at Goulston & Storrs, which has a nationally renowned real estate practice, Sullivan represents some of the region’s largest and most prestigious real estate developers, companies, hospitals, and universities. While many real estate attorneys specialize in one particular area of real estate law – real estate financing, development, complex land use, zoning matters or acquisitions – Sullivan’s diverse practice and expertise encompasses all of these areas.

One of Sullivan’s many well-known clients is New England Development, which owns and manages over 50 million square feet of retail, commercial, and residential space across the country. He recently helped New England Development with the complex two-year negotiation, purchase, zoning, and permitting for their $40 million redevelopment of Cumberland Farms’ former headquarters in Canton, MA into New England’s first Topgolf.

Other recent high-profile projects include: the fast-track permitting and approval process for Boston University to build the $50 million Joan & Edgar Booth Theatre (opened December 2017); the multi-year permitting and approval process for the complex, multi-phase redevelopment of Brookline Place by Boston Children’s Hospital; the site acquisition and land use/zoning/permitting for Mill Creek Residential Trust LLC’s $40 million Modera Framingham multifamily luxury apartment development (expected to be completed in summer 2020); and the five-year zoning, permitting, and approval process for the $89 million Nantucket Cottage Hospital, which became the first new medical facility on the island in over 60 years when it opened in February 2019.

Sullivan also finds time for pro bono projects. He represented Provincetown Commons, Inc. in the almost two-year redevelopment of a nearly century-old community center located in the heart of Provincetown, MA to create a year-round working space and professional support for area artists and entrepreneurs. The 10,000-square-foot building opened in December 2018. 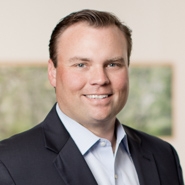