The current and historic legacy of discrimination based on race and gender is on the front pages of our papers and our digital news feeds. It also should be top of mind for universities, athletic departments, athletic directors, coaches, and affiliated administrators. Current issues reflect the inherent complexity of addressing these problems directly and effectively. For the most part, leaders employ words of understanding without taking the time to comprehend, assess, and respond to these issues. Repetitive failures pose a myriad of problems – adverse publicity, difficult complications in recruiting, lawsuits, and sanctions. Many leaders find themselves on the defensive; they react in a piecemeal fashion without a clear plan for honest assessment and confrontation of the challenges that they face.

Our goal is to work with programs now to identify and address problems before they fester further.

As described below, the Goulston & Storrs College Sports Law Practice works with businesses and schools to:

College student-athletes have reacted not only by suing but also by using their platforms to speak out about racial injustice and to demand change. Student-athletes have protested by, among other things: (i) threatening to opt-out of the football season, (ii) speaking out against school songs and pennants that have been associated with the Confederacy, (iii) wearing jerseys and other gear with “Black Lives Matter,” and (iv) demanding that their colleges hire more people of color in head coaching and athletic administration roles.[3]

The claims that arise are costly to investigate and defend. The cultural context that gives rise to these claims is far more troubling. It can define an institution and, in the current era, impact recruiting and retention of student-athletes, adversely impact alumni and donor support and commitment, create tensions between student-athletes and other students, and undermine broader efforts to build inclusive educational institutions. Said differently, proactive schools may avoid the price extracted when they have to react.

Traditional answers – declarations of intent, letters to the community, and so forth – are not sufficient. Indeed, recent experience suggests that those responses fan the flames of resentment. Leaders and institutions must engage directly with these issues and with the people who are outraged, concerned, or injured.

Goulston & Storrs' College Sports Law Practice is attuned to unique issues in college athletic departments and programs. For dealing with issues of diversity and inclusion, we offer three different types of services.

First, our litigators stand ready to defend against claims of discrimination in all forms.

Second, we conduct independent investigations of claims of misconduct, under Title IX or more generally. In this capacity, we investigate and prepare independent reports on which the institution may rely in determining how best to address misconduct.

Both of those services look backward, while our third service is forward-looking in practice and intent. Here, we partner with institutional leaders to assess climate issues and concerns. This may take different forms, including (i) a holistic approach to climate issues throughout the university community, (ii) a deep dive into the culture and climate issues in the athletic realm and whether and how they resonate in the university community, and (iii) where the school has done its own cultural or climate assessment, a supplemental assessment designed to address the unique issues facing the athletic department and between the athletic department and the rest of the university community. The work can be as broad or as narrow as the situation dictates.

Common to all of these projects are three phases. First, we work with athletic department leaders, other university leaders, and university counsel to identify, scope, and develop an assessment protocol. Then, following that protocol, we interview stakeholders at all levels and then draw conclusions about broad and specific cultural issues. The second phase involves candid interaction with leadership during which we share our views about the state of play around issues of inclusion. Finally, we develop specific follow-up, typically involving training that reflects to all stakeholders the seriousness with which the institution heard their voices. While nothing can solve the complicated issues we all face together, this program creates and encourages the kind of communication that build communities rather than allowing issues to fester in a way that ultimately threatens the fabric of those communities.

These cultural and climate issues are increasing in number and scope. The costs to colleges and universities are being felt not only in dollars but also in adverse publicity, regulatory investigations, a decline in donor and sponsor support, and declines in recruiting and maintaining student-athletes who feel increasingly marginalized.

The Goulston & Storrs College Sports Law team includes experienced attorneys and inclusion professionals who provide counsel on compliance issues, investigation and training services, cultural assessments, and other long-term strategic support to institutions and organizations of all sizes. If you have questions or would like to learn more, please reach out to your usual Goulston & Storrs attorney or Martin Edel, Joshua Davis, or Carla Reeves.

[1] While the scope of this article is racial discrimination, we recognize that other invidious forms of discrimination also exist as a result of the conduct of athletic department members, including directors, coaches and students. These include, but are not limited to, sexual harassment, gender discrimination, and LGBTQ discrimination. Creating response via the unique Goulston & Storrs cultural assessment program also applies to those forms of harassment and discrimination.

[2] The percentage was higher at FBS schools, with Black student-athletes comprising nearly 49%. 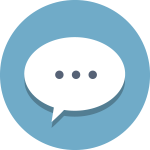