Representation of the Rose Fitzgerald Kennedy Greenway Conservancy, Inc. in connection with A Better City on the formation of a Greenway Business Improvement District that will contribute $1.5M each year to sustain the Rose Kennedy Greenway.

Representation of National Real Estate Advisors, LLC and The HYM Investment Group, LLC in connection with development of the approximately 2.9 million square-foot Bulfinch Crossing project, in Boston, MA (on the approximately 4.8 acre site of the former Government Center parking garage), including the creation of a tiered, phased, mixed-use, office, retail and residential condominium. 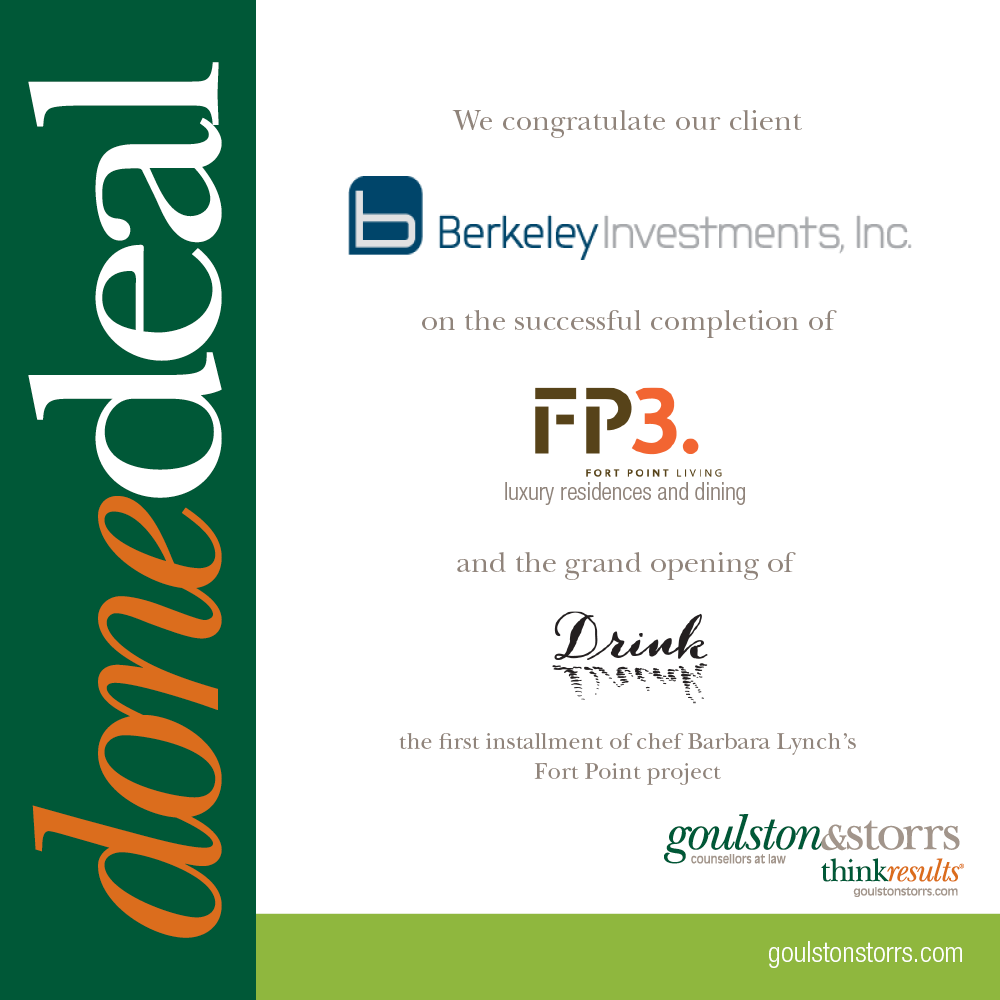 Represents Berkeley Investments, Inc. a full-service real estate investment and development company, in connection with multiple City of Boston development projects, including the rehabilitation of historic buildings and new construction in the Fort Point District and the Charlestown neighborhood.

Represented the Massachusetts Convention Center Authority in the procurement for a developer of hotels in proximity to the Boston Convention and Exhibition Center.

Represented Roca, Inc., a non-profit provider of services to high-risk young men, in securing funding through the Massachusetts Juvenile Justice Pay for Success Initiative, the largest social innovation financing project in the nation.

Counsel to the Rose Fitzgerald Kennedy Greenway Conservancy, Inc. in its public-private partnership to operate and maintain the capacity as the steward of the Greenway in downtown Boston.