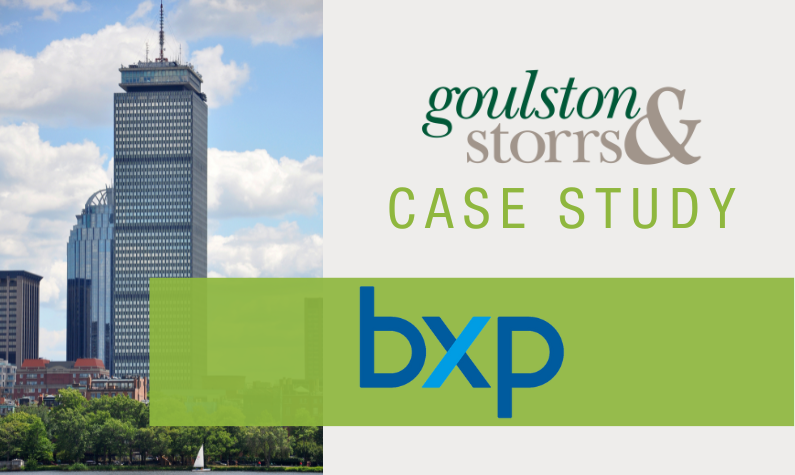 Boston’s Prudential Center is a marquee, mixed-use, urban center consisting of 3.6+ million square feet across approximately 20 acres located between Boylston Street and Huntington Avenue. It boasts four office towers, approximately 4,050 parking spaces, and a shopping and dining destination that is an important part of Boston’s skyline, as well as a source of hometown pride.

When the center was purchased by BXP in 1998, it sparked a vision for the city inspired by the intersection of innovation and history. It would transform premier real estate into a destination. BXP's leadership set out to create an extraordinary team of internal and external professionals who could understand and execute the permitting and development plan needed to maximize investment and ultimately realize a vision for the city. 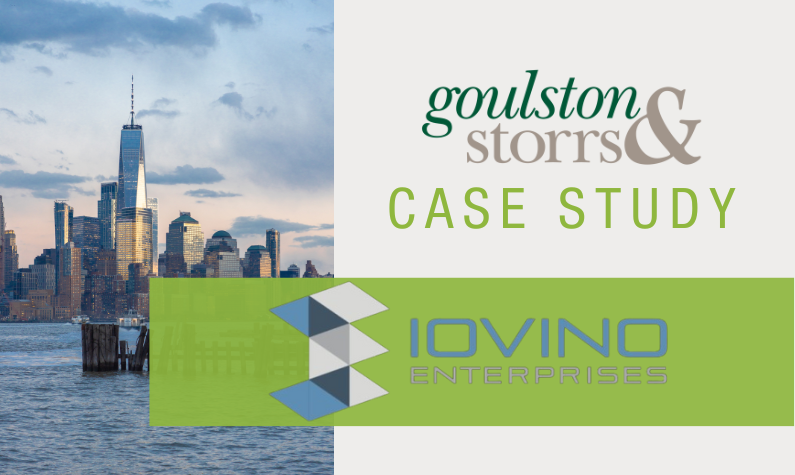 Represented an Iovino Enterprises joint venture in the successful defense of multiple challenges to the JV’s winning bid of over $1.2 billion for the East Side Coastal Resiliency Project that will protect lower Manhattan from flood risk due to coastal storms. See details here. Our team defeated multiple applications for temporary restraining orders and preliminary injunctions sought in separate proceedings by a losing bidder and by community groups at both the trial court and appellate court levels.

Tricon Residential in connection with all aspects of construction and development, including land and homebuilding, for numerous built-to-rent (BTR) and single-family-rental (SFR) housing projects across the U.S., including California, Nevada, and Texas.

Vicinity Energy in the drafting and negotiating of an Engineering, Procurement, and Construction (EPC) contract for a reverse osmosis water treatment plant in Philadelphia, PA.

A large global nonprofit institution in connection with construction law matters related to the company’s headquarters located in Washington D.C.

Representation of Pembroke Real Estate LLC, an international real estate advisor that acquires, develops and manages properties and places—specializing in mixed-use and office environments in the world’s leading cities—in connection with construction, development, leasing and other aspects of the Commonwealth Pier Revitalization Project, a transformative project that will modernize and reposition the existing building and Commonwealth Pier for its next generation of use as a vibrant place for work, retail, events and active public waterfront experiences within Boston’s Seaport District.

Representation of Northland Investment Corporation, an industry-leading real estate private equity firm, in connection with construction law matters related to the company’s portfolio of 13 residential and commercial properties across the United States. Our team works closely with Northland through each step of the construction and procurement process, including: selecting, negotiating and drafting contracts; advising on standard industry contract forms and how to leverage each for the greatest benefit; permitting and licensing issues; environmental and other regulatory compliance matters; requirements for insurance and surety bonds; change orders, schedule disputes and payment disputes; labor and employment issues; investigations, disputes and litigation; inspections and warranty issues; claims for construction defects; and mechanic’s liens.

Represented Cale Street Partners, a London based real estate investment firm, in the $775M construction loan for the Millennium Tower in Boston, MA. Our team conducted a risk assessment on the construction and design documents and provided permitting advice.

Representation of a joint venture in connection with the $32 million dollar construction loan in Washington, D.C.

Handled construction and leasing matters for Cytyc Corporation in connection with its 175,000 square foot corporate headquarters in Marlborough, MA, and its manufacturing facilities in Costa Rica.

Representation of DivcoWest with respect to Cambridge Crossing, its 42-acre, 5-million-square-foot, mixed-use redevelopment of a former railyard on a site that overlays Boston, Cambridge, and Somerville, MA. The planned development includes a centralized retail square, multifamily residential components, 20 acres of green space, a 370,000-square-foot office building, a 390,000-square-foot office building and significantly improved road infrastructure. The parcel also encompasses a light rail commuter station that will be redeveloped by the MBTA in collaboration with the Cambridge Crossing project.

Representation of the Massachusetts Convention Center Authority in the issuance of an RFP for two upper mid-scale hotels to be developed on public land as part of the Boston Convention & Exhibition Center in Boston’s Seaport District; negotiation of a Development Agreement, Ground Lease, and Room Block Agreements with the designated developer, who ultimately built an Aloft and an Element on the site.

Representation of Boston Properties (in a joint venture with Delaware North) regarding its “Hub on Causeway" TD Garden expansion project, a redevelopment which will encompass more than 1.5 million square feet of mixed-use retail, office, hotel, and residential. The firm’s representation includes joint venture formation with Delaware North, acquisition of the project by the JV, development of the first phase of the project and expansion to the Boston Garden development, phase one leasing, as well as options for future tower developments at the site. The site includes North Station, one of Boston’s two inbound terminals for buses, Amtrak, and MBTA commuter rail trains.

Representation of Mass General Brigham and The Brigham and Women’s Hospital, Inc., in connection with the Brigham Building for the Future in Boston, MA.

Representation of Northeastern University in connection with design and construction contracts for construction of the Interdisciplinary Science and Engineering Building in Boston, MA.

Representation of Joslin Diabetes Center, Inc. in connection with construction contract for construction of the Translational Center for the Cure of Diabetes in Boston, MA.

Representation of Berklee College of Music in all of their real estate activities including in the development and construction of a multi-use tower (including dormitory, cafeteria, classrooms, recording studios and practices rooms) on Massachusetts Avenue, Boston.

Representation of the developers of Seaport Square, a 6-million square foot mixed-use development in the Seaport District of Boston.