Representation of a prominent privately owned real estate investment and development company with the acquisition financing for a premier shopping center in Santa Rosa, California.

Representation of a prominent privately owned real estate investment and development company with the refinancing of a shopping center in Mansfield, Massachusetts.

Representation of a privately owned real estate investment and development company with respect to the senior and mezzanine refinancing of a mixed-use building near New York City’s Gramercy Park.

Representation of a private equity real estate investment firm in the leasing and redevelopment of retail shopping centers in multiple U.S. states, including complex redevelopment-related leases and lease amendments.

Leasing and Development of Retail Shopping Centers in Texas

Representation of a joint venture partner in the leasing and development of numerous retail shopping centers in Texas, including big-box fitness center leases with NFL-affiliated and other national fitness center tenants.

Representation of a department store chain in the subleasing of big-box retail buildings located in multiple U.S. states.

Negotiation, on behalf of a national movie theater chain, of several leases in multiple states, including a ground lease in Virginia for a joint venture with a bowling chain.

Represent Brixmor in matters in all four regions for which Brixmor has a presence. Representation of Brixmor includes ground leases with restaurants, banks and service oriented users as well as anchor and junior anchor boxes with national tenants.

Leasing of hundreds of mixed-use and lifestyle centers and enclosed shopping malls, such as:

Representation of a wide range of retailers in connection with their retail stores across the country and internationally into malls, outlets, shopping centers and more, including:

FatFace Expansion into the United States 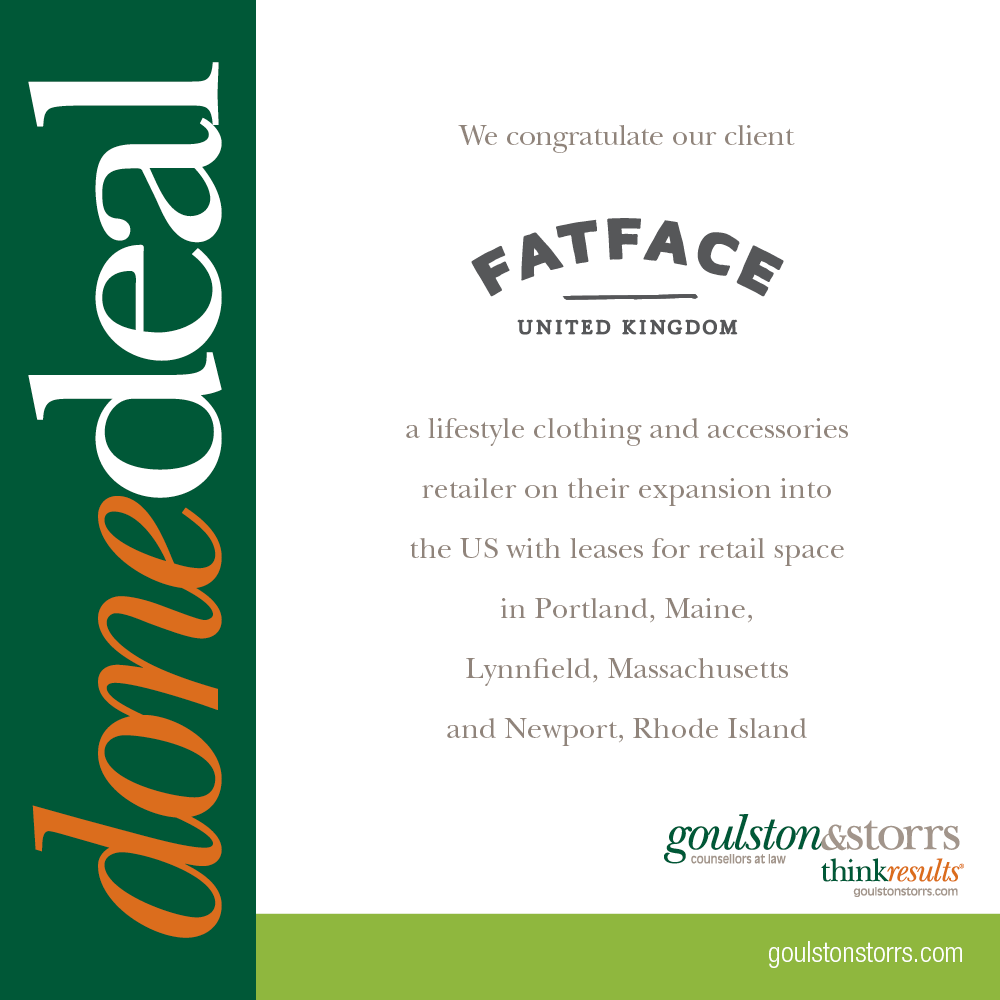 Representation of FatFace United Kingdom, a lifestyle clothing and accessories retailer on their expansion into the United States with leases for retail space in Portland, Maine, Lynnfield, Massachusetts, and Newport, Rhode Island.

Representation of WS Development in its acquisition, development, financing, and leasing of more than 1.5 million square feet of retail in Boston’s Seaport District, which lies at the heart of Boston's waterfront redevelopment and is the largest urban redevelopment project in New England. The project includes the 23-acre Seaport Square, which will ultimately grow to 6.3 million square feet of retail, dining, residential, office, hotel and cultural uses. Seaport Square is a transit-oriented development involving substantial construction and connecting to existing MBTA stations and tunnel structures, and significant coordination with transit agencies. 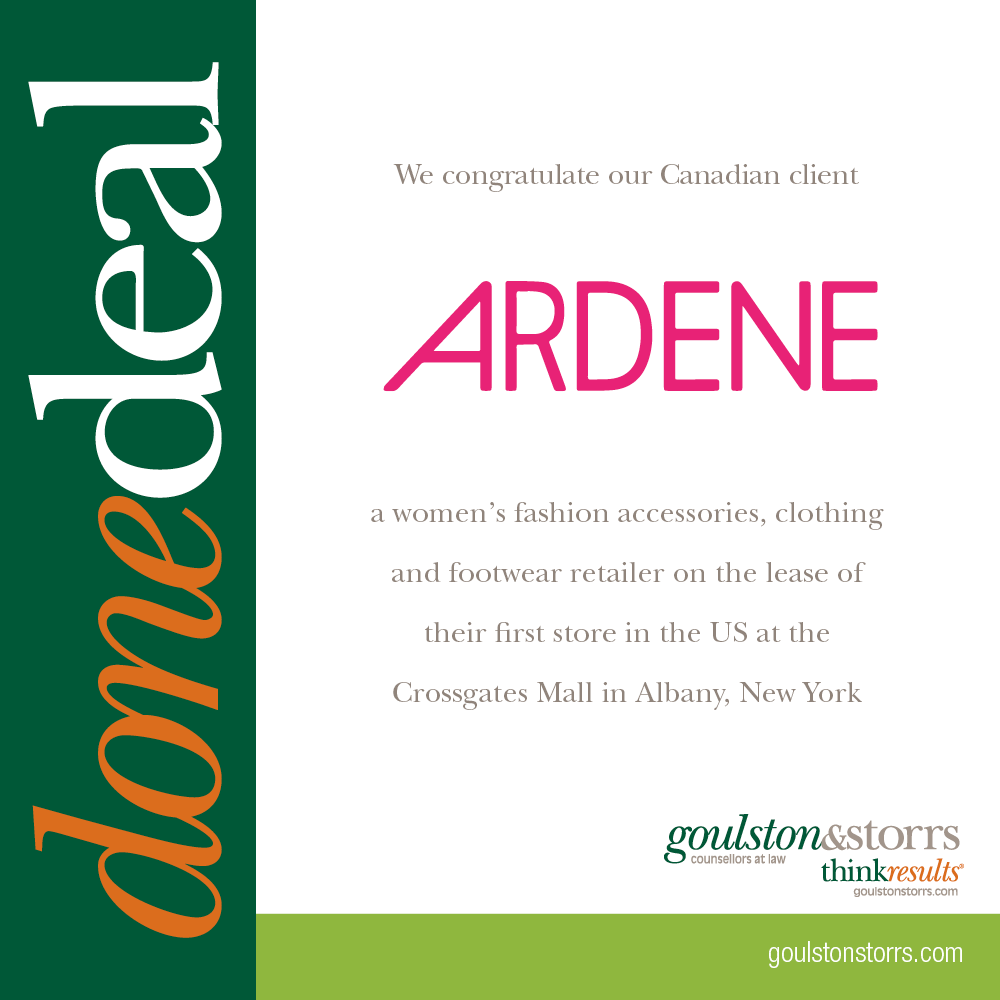 Representation of a wide range of foreign retailers in connection with their expansion into North America. A sampling of these clients includes Hamleys, Ardene, LXR & Co., and EXKi.

Representation of North America’s largest publicly traded owner and operator of open-air shopping centers in connection with leasing of the 1 million square-foot retail component of a mixed-use project being developed on 100 acres in Florida.

Represent Federal Realty Investment Trust in retail and office leasing at Assembly Row, a cohesive shop, dine, work, live and play property located in Somerville, MA. This multi-phased project is a mixed-use property that is transit oriented. Major retail tenants include an AMC Theater, Legoland Discovery Center, Saks Off 5th, as well as a variety of other retail, fitness and restaurant uses, including Legal Seafoods and Earl’s, a Canadian restaurant entering the US. Represent Federal Realty Investment Trust in leases with national and regional anchor and junior anchor tenants throughout their East Coast portfolio.

Represent WS Development in connection with retail and office leasing throughout its diverse portfolio, including: